I promised to get back to you with more information about my night with the Nuns.

Given that El Camino is a pilgrimage, it is not surprising that a few of the Albergues are run by Nuns.

On my night in Leon, I stayed with the Benedictine nuns at the Santa Maria de Carbajal Convent.

In terms of accommodations, not much different from the other Albergues that I have described in previous blogs. However, what was different is that at 9:30 pm you do not have to go very far to participate in the pilgrim benediction.

It was held at the convent’s chapel.  The service was mostly chanting and praying to softly played background organ music. It was very relaxing and soothing.  Almost healing.

Thirteen nuns appeared and took their assigned places in the choir stalls. What was striking was that 10 of the group had to be in their…  Let’s just say, later years.  Most very tiny in stature, often hunched over.

Three were under 50.  You wonder where are they are getting their novitiates from?  Sadly, it appears to be fading away.

The service was, as I say, almost healing. The nuns were so sweet. They made me feel welcome.

Thank you, I say to them. You can tell from the picture that we had a special connection. 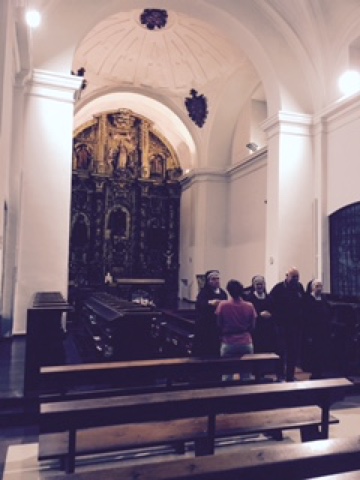 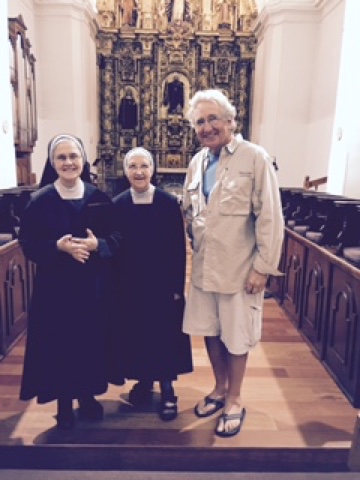 2 thoughts on “The Nuns and Neil”