Death Valley is the largest National Park in the continental United States.  it is immense.  this weekend i made a point of going to Death Valley.  the main reason was that i have not been there before.  no other reason.

i have spent three full days here, and portions of two other days.  i must say that i have missed something by not coming here earlier in my life.  this place is so interesting.  it is not to be missed.

the irony is that if you asked what is it that makes it so interesting i would have to say that it is that there is nothing (or at least very little) to do there.  let me explain.

the first thing that hit me when i arrived in Death Valley was its vastness, its expanse.  it is bigger in square miles than the state of Connecticut.  it is located in two states, California and Nevada.  it is surrounded by mountain ranges — in the west the Panamint Range, and the Amargosa Range in the east.  it has a mountain that is over 11,000 feet above sea level, and it has the lowest spot in the western hemisphere at 282′ below sea level. 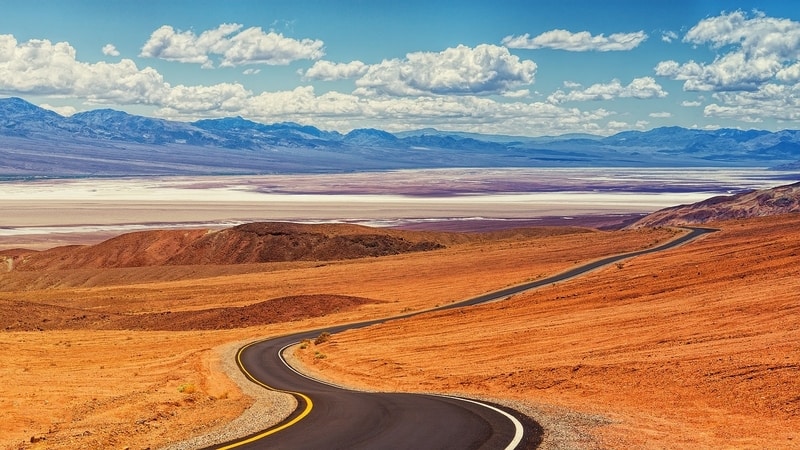 and, of course, it is hot — time and again the hottest place in America.  but i expected that.  so, it did not impress me as much as the vastness and the starkness.

with this vastness, starkness and heat comes a feeling of emptiness.  i found myself asking the question of what is there to do here.  no movie theater, no live theater, no restaurants (save 2), no pickleball, no bowling alleys, no music at night, no bars, no night life, no museums, no shopping, no dancing, no Costco, no gas stations (save 2), no casinos, no art galleries, no libraries.  yes, there is hiking.  yes, there are two hotels, and there is, amazingly, a golf course!  bottom line, other than hiking, there is not much to do in Death Valley.

given this situation, i have spent a great deal of my time in Death Valley National Park hiking — hiking alone.  this has been an amazing experience which will be the topic of a future post.

but, back to the question asked earlier about what makes Death Valley so interesting, i said that ironically there is nothing (or at least very little) to do there.

what i mean by that is that the emptiness, the vastness, the starkness, the heat and the solo hiking all force you to take a deep breath, to contemplate, to be mindful of each moment, to meditate in your own way.

and that can be pretty powerful.